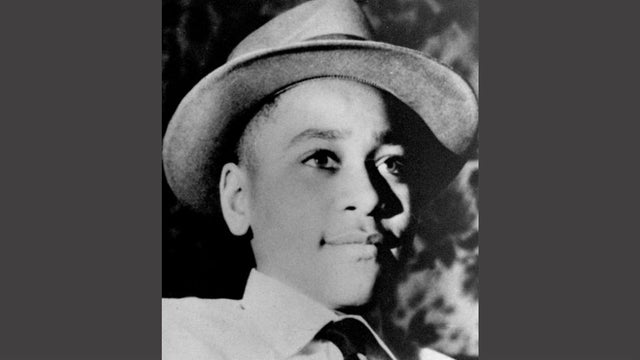 This week, a lot of Americans heard the name Emmett Till for the first time. The reason Mr. Till’s story came back into the news was because racism is still alive in America. For those who may have missed the story, three Ole Miss University frat boys decided to post a picture of themselves along with their guns beside a monument in honor of Emmett Till. So, who Was Mr. Emmett Till?

Emmett Till was born on July 25, 1941 in Chicago, Illinois. In 1955, he was visiting family in Mississippi. During that visit, Mr. Till was accused of whistling at a white women. Oh, did I mention Mr. Till was a 14-year old African-America boy, being accused of whistling at a white women in Mississippi during the 1950’s? What was the punishment for this so called crime? Mr. Till, a 14-year old boy on vacation was lynched by two white men.

During the 1955 farce of a trial, the two white men accused of this horrific crime Roy Bryant and J.W. Milan were found not guilty by an all white jury. In 1956, the two men acquitted of the crime admitted publicly they had killed Mr. Till, but were protected by double jeopardy. Also decades later Carol Bryant, the white women who had accused Mr. Till of whistling at her admitted she made up the whole story.

Why am I sharing Emmett Till’s story in 2019? Because it is part of our history that should never be forgotten. Even though things have improved in America, we still have a long ways to go. I think the photo of the three white frat boys standing next to Mr. Till’s memorial proves that fact. Or the story of the white woman in North Carolina who defended herself for calling an African-American woman the “N Word.”. That is why I will continue to be a voice against racism.

Emmett Till would have turned 78 this week. What would he have accomplished in life? Maybe he would have become a doctor, lawyer or teacher. Maybe he would be a grandfather today, enjoying his grandchildren. Sadly, Mr. Till never had the opportunity to “Maybe” see any of these things. His young life was taken way too soon based on a lie and hate.

You may have noticed, I referred to Emmett Till has Mr. Till during this blog post even though he was only a child when he was murdered. I did that out of respect for Mr. Till and his family. Oh, how I wish that young 14-year old boy would have had the opportunity to become Mr. Till. ~OC